The following employment changes for 2016 we have chosen to highlight, is by no means an complete picture of all the changes happening this year, as there many amendments around trade unions and public sector workers coming into force.

We think it is, however, these headline changes that will have the biggest effect on small businesses and their staff.

For workers at the lower end of the pay spectrum this is a significant introduction that will come into force on the 1st April 2016.

This national living wage is not to be confused with the living wage, which is an independently calculated rate by the Living Wage Foundation, based on the cost of living. This hourly rate is set at £8.25 outside London and £9.40 inside London.

This is a big change that you may be well aware of, as it has been very prominent in recent television advertising and literature. As a business you may already be preparing for your staging date for auto-enrolment.
If not, or having a brief synopsis of what pensions auto-enrolment really means would be helpful.

Essentially it means that any employer with eligible staff will be required to ensure that they are all automatically enrolled in a qualifying pension scheme and contribute to it. Auto-enrolment also places additional obligations on the employer to monitor and maintain those pension records. Each company has been given a staging date of when they must comply with this new law.

The following list gives a breakdown of the most important aspects:

Bigger organisations have tended to have earlier staging dates, with small businesses coming later. The theory being that it gives them more time to prepare and adjust, as it will have a bigger impact on them.

There has been a lot talked about in relation to zero hours contracts recently, most of it negative. The emphasis in a Small Business, Enterprise and Employment Act 2015 will be to give extra protection to workers on these contracts, instead of outlawing zero hours contracts completely.

An employer will now be unable to enforce an exclusivity clause (often restricting workers to only working for that employer) in a zero hours contract, and an employee / worker can now expect not to receive detrimental treatment and or be unfairly dismissed as a result of not complying with an exclusivity clause.

These new regulations have already come into force, having commenced on 11th January 2016.

A new Immigration Bill this year will place an increasing emphasis on employers to ensure they are not employing illegal workers.

Some of the main elements include:

It would appear that enforcement of this bill wouldn’t be immediate, with October 2016 being a potential early start date.

The information contained in this article is only to be used as a guide and is in no way a substitute for professional HR or employment law advice. This article is a view and interpretation of BWA People Ltd of the topic(s) covered. 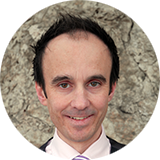 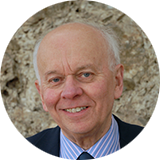